Did you know that the FIFA World Cup is the most-watched sports event in the world?

Over 3.57 billion people tuned in worldwide to support their favorite team in the 2018 World Cup. That’s more than half the world! And now, the world is eagerly awaiting the FIFA World Cup 2022 in Qatar. The Middle Eastern country has been preparing for years, and there’s no doubt that it will be a spectacle to behold.

But this tournament isn’t just about the matches themselves. It also presents the opportunity to be part of the first World Cup NFTs and for fans to get closer to their favorite teams. In this article, we explore how NFTs are being utilized by partnering companies like Budweiser and Visa.

What is an NFT?

NFTs, or non-fungible tokens, are unique digital assets that cannot be replaced. They have been gaining in popularity in recent years, and NFTs’ role in the world of sports is significant. NFTs can be used to represent things like event tickets, player cards, and collectibles. In the world of sports, NFTs offer a new way for fans to engage with their favorite teams and athletes. Additionally, they also provide a new revenue stream for sports organizations.

For example, Spain’s top-flight football league, La Liga, signed an NFT deal in 2021 with the fantasy NFT game, Sorare. This allowed fans to buy, sell, and trade digital cards of their favorite superstars from teams like Real Madrid and FC Barcelona.

FIFA, the governing body of football, has launched FIFA+ Collect, which is a digital collection platform for NFTs. Built on the Algorand blockchain, fans can buy various FIFA NFTs through a ‘packs’ system. Over 200,000 fans have claimed some of the latest drops, making the NFT drops a huge success. Holders can trade, swap, and use the NFTs for challenges and be eligible for unique rewards and giveaways.

Other limited editions and exclusive content are set to follow too. NFT prices start from as little as $4.99. The mission behind this scheme is to “democratize the ability to own a part of the World Cup”, says FIFA.

Budweiser has been sponsoring the FIFA World cup for more than 30 years and has announced the Budverse x FIFA World Cup Collection as a way to celebrate the sponsorship. Fans can purchase and mint the live scoreboard of the world cup nation they’re supporting. The NFT tracks the progress of the team throughout the tournament and enables the holder to enter the Budverse where they can participate in a penalty kick minigame which transitions into a live, real-time score tracker once gameplay starts.

Having bought a CryptoPunk NFT worth $150,000 a year ago, Visa has been tinkering with NFTs since. Visa has launched a campaign called Visa Masters of Movements by partnering with crypto-currency exchange Crypto.com. The aim of the campaign is to raise donations and boost the fan experience. Visa has auctioned five NFTs capturing iconic World Cup moments like goals from legendary football players such as Michael Owen, Tim Cahill, and Carli Loyd. The NFTs are painted in the colors of the player’s national team and include the date and minute the goal was scored.

The proceeds of the campaign will go to Street Child United, which is a U.K.-based charity for underserved children. The head of sponsorships at Visa stated that “As FIFA World Cup 2022 approaches, we want to celebrate football, art, and technology through the lens of what makes the FIFA World Cup so special – wildly impassioned fans, legendary athletes and for a few short weeks, the ability to bring the world together in a uniquely connected way.”

NFTs present a new way to collect and show off your favorite moments from the upcoming World Cup. With FIFA releasing NFT collections, there’s sure to be an NFT for everyone. So whether you’re looking to support your team or just want to be part of the first World Cup NFTs in history, it’s an exciting time to get involved. 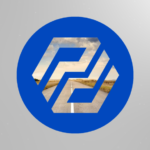 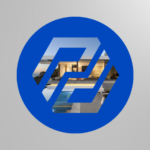 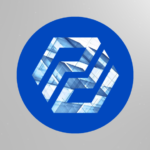 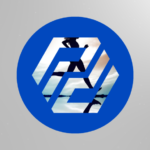